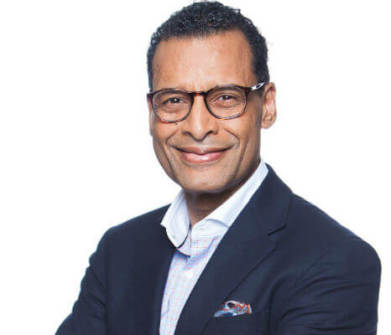 Rev. Bernard is a visionary whose teachings have lifted his church, the Christian Cultural Center (CCC), to become New York's largest house of worship, which accounts for more than 45,000 active and engaged members. CCC has emerged as one of America's fastest growing churches, and one that nurtures and embraces members of all walks of life. Dr. Bernard was listed as NY's 50 Most Powerful People in Brooklyn along with being featured on Oprah's Super Soul Sunday series.

Rev. Benard's initiatives extend beyond the pulpit. Outreach programs under A.R. Bernard's leadership include a food pantry serving the Brooklyn community, a prison ministry, and work with various city organizations, including traing orientation sessions for the New York Police Department. He also founded the Brooklyn Preparatory School in New York City, one of the top ranked early education institutions, and the Cultural Arts-Academy Charter School.

Rev. Benard embraces radio, TV, social media, and other forms of communication as a way to share his message and bring Christ to the culture on a regular basis. On a weekly basis over 500,000 people are reached through his teachings from all over the world.